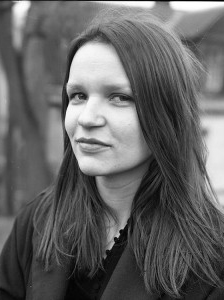 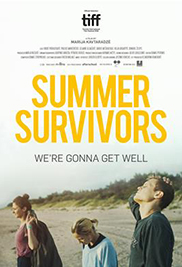 Marija Razgutė, Lithuanian film producer, established a film production company M-Films (Čiobreliai) in 2008. Meanwhile she has produced 4 feature films as a major producer and 9 short films. They include Nova Lituania by Karolis Kaupinis (Karlovy Vary IFF 2019, East of the West), Summer Survivors by Marija Kavtaradze (Toronto IFF 2018) and The Saint by

Andrius Blaževičius (Busan IFF 2016) which was awarded by Lithuanian Film Academy in 6 categories, including Best Film. She is in post-production of second feature Runner (2021) by Andrius Blaževičius. She also serves as minority co-producer since 2016, including Tres by Juanjo Giménez & Trote by Xacio Baño and Otar’s Death by Ioseb “Soso” Bliadze. She is Board

member of Independent Producers Association of Lithuania since 2016. Marija is a graduate of MAIA Workshops 2013-2014, EAVE Producers Workshop 2016. A member of European Film Academy since 2015 and EWA Network since 2018, Producer on the move 2020.