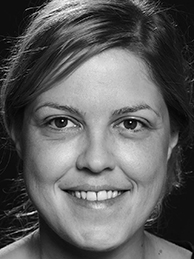 Natasa Damnjanovic was born in 1981 in Belgrade. After graduating from Philological High school, she went on to continue her studies in Chinese language and literature. In 2004 she enrolls to the Film and TV Editing Department of Faculty of Drama Arts in Belgrade. She participated in the 2008 Sarajevo Talent Campus, 2011 Berlinale Talent Campus, was nominated for the 2010 Robert Bosch Stiftung Co-production Prize, in 2012 she

participated as a script editor trainee in Torino FilmLab, as well as in 2013 EAVE Producer’s Workshop. Since 2006, together with Vladimir Vidic, she runs DART film, a production company based in Belgrade. The company is focused on working with emerging talented filmmakers of the younger generation, producing their shorts and first features, in the hope of forming a new creative wave in the regional film industry.