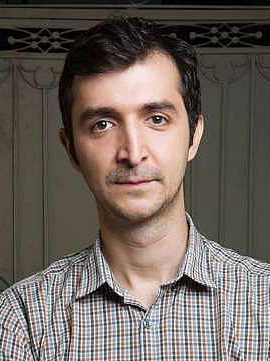 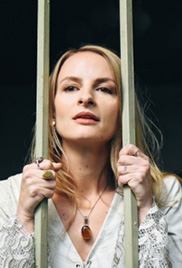 Born in Medias, Romania, in 1984. He studied Film Directing in Bucharest at UNATC. He then received an MA and is now about to finish his PhD diploma. OLI’S WEDDING, his first short film won various awards such as: Best Fiction Short at Leeds IFF, Best Short Film at Anonimul IFF, Best Romanian Film at Next IFF. His MA short, IN THE FISHBOWL, was awarded third prize at the

Cannes Cinefondation Competition in 2013. It went on to win Best Short in Zagreb FF and was in competition at Uppsala FF and Tel Aviv Student FF, among others. THE JAPANESE DOG is his feature debut, which premiered at San Sebastian Film Festival, New Directors 2016. It also won the Best Film Award at Vilnius FF and the First Feature Award at Warsaw FF. It was in

in New Directors New Films in New York, in Israel’s Haifa IFF, and many others. And They Still May Be Alive Today is his second feature.