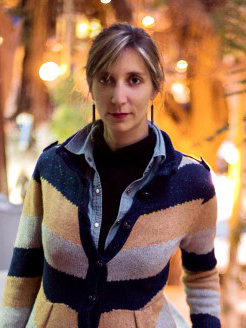 Violeta Bava has worked for BAFICI since its first edition, in 1999, as programmer and co-director of the Buenos Aires Laboratory, a co-production market for Latin American independent film projects. She is co-founder of Ruda Cine, a film production company that has produced, among others, Abrir puertas y ventanas, by Milagros Mumenthaler, winner of

the Pardo d’Oro in 2011. Since 2002, she teaches Cinema Aesthetics and Ethics at Centro de Investigación Cinematográfica in Buenos Aires. She is the Venice International Film Festival’s delegate for Latin American films and member of the Advisory Board of Torino Film Lab.