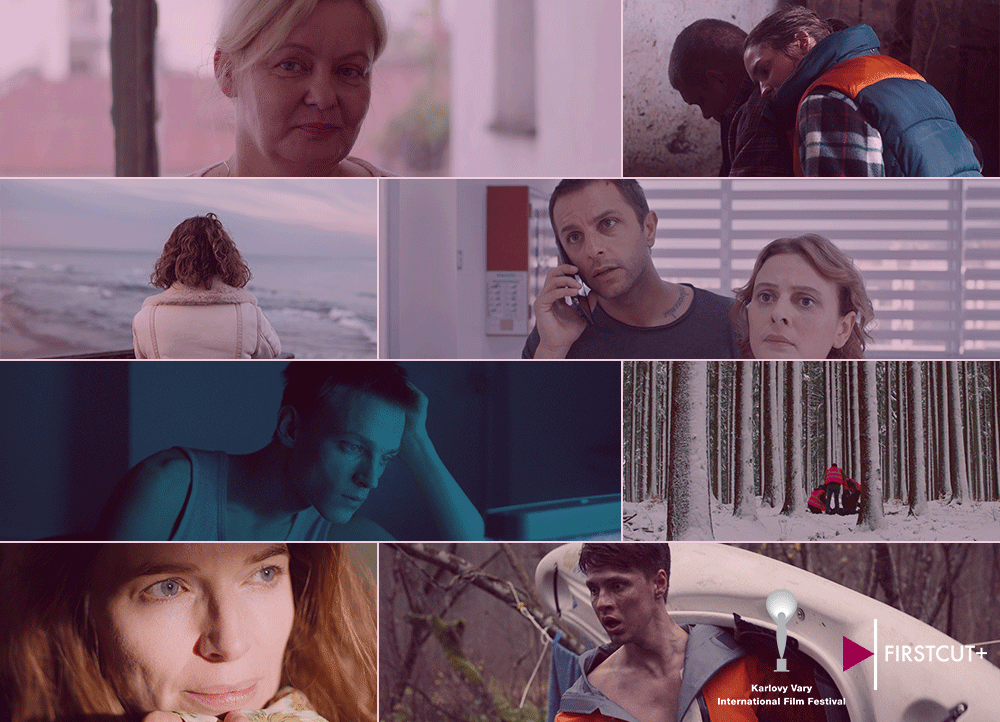 The other aspect of the program is a Work-in-Progress presentation of the full project portfolio, which will take place online on: Tuesday August 3rd 2021 as part of Karlovy Vary IFF’s Eastern Promises Industry Days.

For this second session, First Cut+ selected the following:

A Hope (Turkey / Germany / Slovenia)
Directed by Ümit Köreken & produced by Nursen Çetin Köreken
Umut, an actor, lives with his wife Asiye, a director at theatre. His mother, he hasn’t seen in 20-years, suddenly shows up in city for treatment. While Umut tries to keep his troubled past hidden from Asiye, he soon learns Asiye has been keeping an even bigger secret from him.

A Piece of Sky (Switzerland / Germany)
directed by Michael Koch & produced by Christof Neracher
In a remote mountain village Anna tries to preserve her still young love with Marco against all odds. A love that in the end even outshines death.

Metamorphoses (Serbia / Croatia)
Directed by Dušan Zorić & Matija Gluščević & produced by Čarna Vučinić
In the heat of the summer days, through three different life possibilities, a middle-aged woman tries to get out of her skin.

Narcosis (Netherlands)
Directed by Martijn de Jong and produced by Trent
When their beloved husband and father disappears, his wife (Thekla Reuten), who can communicate with the spirit world, and her two children each cope with loss in their own peculiar way.

Power (Slovakia / Hungary / Czech Republic)
Directed by Mátyás Prikler & produced by Zora Jaurová & Mátyás Prikler
A politician has to solve the global water crisis. Secret agent tries to solve his own life. The mortal accident on a hunt forces them both to ask the same old question: What is truth?

The Hatcher (Poland)
Directed by Grzegorz Mołda & produced by Izabela Igel
Karol lives alone in an apartment. Tracked by an ankle bracelet, Karol cannot leave and has no contact with the outside world. A woman, Marta, arrives every day help him re-adjust to normal life. But as the relationship between them deepens, Marta’s lessons grow increasingly unconventional.

Upurga (Latvia)
Directed by Uģis Olte & produced by Uldis Cekulis
A young rafting instructor takes a film crew to shoot a commercial in the river valley, but things take a wild turn when all his clients suddenly disappear. Now, he has to delve into the forest, fighting inner demons and exterior forces, to find the missing people – and himself.

Valeria Gets Married (Ukraine)
Directed by Michal Vinik & produced by Ayelet Kait & Amir Harel
A young woman comes to Israel from Ukraine to get married with someone she met on the internet.

A panel of renowned marketing advisors

Boris Pugnet as Marketing Specialist, formerly in charge of the marketing campaigns of Nanni Moretti, Hirokazu Kore Eda and Jim Jarmusch’s films for the independent French distributor Le Pacte, now Boris works as a marketing consultant and trailer editor for both independent and major companies.

Alexis Hamaide as Digital marketing specialist. As former Marketing Manager for Playtime (ex-Films Distribution), he supervised the international marketing strategies for films such as By the Grace of God (François Ozon), 120 BPM (Robin Campillo) and Son of Saul (Laszlo Nemes) among others. Alexis teamed up with Viviana Andriani and Gabriele De Bortoli at L’avventura Studio, a digital creative agency specialized in arthouse films.

Ioanna Stais, senior executive at Heretic Outreach, the first international sales agent based in South-eastern Europe with titles like Take Me Somewhere Nice by Ena Sendijarevic, Holiday by Isabella Eklöf and The Reports on Sarah and Saleem by Muayad Alayan) will be in charge of International Sales Strategy.

Ilaria Gomarasca, former Pyramide International’s Festivals Manager, who handled the launch in the International Festivals’ circuit of award-winning films such as the Golden Globe winner Leviathan by Andrey Zvyagintsev, The Pearl Button by Patricio Guzman (Silver Bear at 2015 Berlinale) and three Golden Camera winners (Party girl by Marie Amachoukeli, Claire Burger, Samuel Theis, Land and Shade by César Acevedo, Our mothers by César Diaz) will be in charge of Festivals’ strategy.

The Romanian editor Catalin Cristuțiu, who worked on some of the most appreciated films in Romanian Cinema (directed by, among others, Radu Jude, Florin Serban, Silviu Purcarete, Anca Damian) will be advising about what excerpts to choose for the best launching of the film.