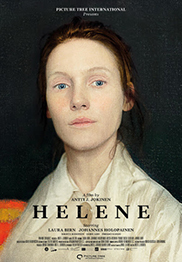 In 2016 Jokinen finished his fourth feature film Flowers Of Evil, based on his own screenplay. The film was selected to main-competition at Shanghai International Film Festival. Jokinen won the award for Best Director. In 2012 Jokinen wrote and directed a feature film Purge, based on an award-winning novel written by Sofi Oksanen. The film was the official entry for the ACADEMY AWARD’S BEST FOREIGN FILM and won five Jussi-awards (the Finnish Oscars).

It was a major box office success and was selected to several A- list film festivals. In 2015 Jokinen wrote and directed The Midwife, based on an award winning novel by Katja Kettu. The Midwife has already competed in eleven main competitions for festivals including Shanghai, Waterloo and Camerimage. It has seven wins. In Finland, the film was the the biggest box office drama in 25 years.