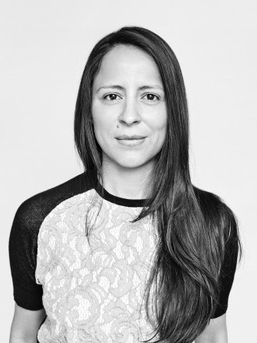 Paris based Fiorella Moretti was born in Lima and studied communication in Mexico. After directed the communication department of the Cultural Center PUCP in Lima, she joined Mantarraya, one of the leading independent production companies in Latin America. For nine years as head of production, Moretti collaborated with filmmakers Carlos Reygadas and Amat Escalante. In 2007, she took over as
head of distribution at Mantarraya, building one of the most important art house distribution companies in Mexico. In 2015, along with Hedi Zardi, she launched Luxbox, a production and sales company based in Paris. Luxbox represents the latest films of directors Mohamed Ben Attia, Sharunas Bartas, Jonas Carpignano, Bruno Dumont, Benjamin Naishtat, Alonso Ruizpalacios, among others.