First Cut Lab is adding a slate of new collaborations with national film centres and/or film festivals! The following workshops will be taking place during the 2nd semester 2019.

The first edition of FCL Finland is scheduled from September 11th to 14th 2019 in Helsinki. Two Finnish films will take part in this workshop supported by the Finnish Film Foundation. Kari Paljakka, Film Commissionner at the Finnish Film Foundation, says about the cooperation: “We are waiting eagerly our future co-operation with First Cut Lab. FCL is a new and exciting method/concept in raising the bar, in bringing Finnish films to international audiences..”

FCL will return in Poland for the 5th time since 2016, with the support of long-term partner Polish Film Institute. The workshop, that will cater for two Polish projects, will this time take place within the frame of the 44th Gdynia Film Festival, that takes place from September 16th to 21st 2019.

The first edition of FCL Turkey is scheduled from October 21st to 25th 2019 in Istanbul. Three Turkish films will take part. The workshop is made in cooperation with the Bosphorus Film Festival, whose 7th edition will take place in late October. Emrah Kılıç, artistic director of the festival comments this new partnership: “We are so glad to have reached an agreement with FCL. The projects will be able to increase the sales potential and festival circulation. The Bosphorus Film Festival as the support of local filmmakers is of crucial essence.

RE-ACT (Regional Audiovisual Cooperation and Training), the well-known initiative set by the Croatian Audiovisual Centre, Friuli Venezia Giulia Audiovisual Fund and Slovenian Film Centre, more recently joined by the Serbian Film Centre also decided to host a First Cut Lab to support its local talents and films. The first edition of FCL RE-ACT will take place in mid-November 2019, and four films (one from Serbia, one from Croatia, one from Slovenia, and one from Friuli Venezia) will participate the workshop. 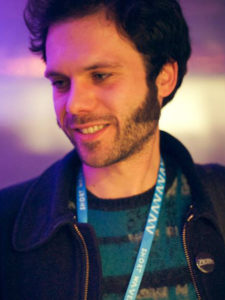 In order to face the rapid expansion of FCL workshops, the Lab decided to enlarge its core team. Besides director Matthieu Darras, consultant editors Benjamin Mirguet and Matthieu Taponier (all from France), as well as program manager Maartje Alders (Netherlands), experienced programmer, filmmaker and director of film training initiatives Wim Vanacker (Belgium) is joining the FCL core team as editorial consultant, and in this position will be directing and running FCL workshops. Wim Vanacker run NISI MASA’s European Short Pitch from 2012 to 2019, and has been part of the selection committee of the Official Short Film Competition of Cannes Film Festival since 2018.
← Call for first edition of FCL Karlovy Vary now open! Selection FCL Kosovo announced! →