Ilaria Gomarasca to join FCL as Head of First Cut+ 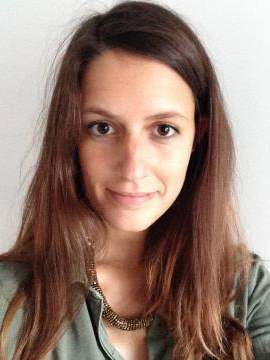 First Cut Lab is glad to announce that Ilaria Gomarasca will join Matthieu Darras’ team as Head of First Cut+ starting November 4th! After ten years of experience in the International sales’ field, as Festivals and Markets Manager for Paris-based Pyramide International, Ilaria will be in charge of this new program that promotes a portfolio of 16 fiction feature films in post-production.

First Cut+ is created for boosting the competitiveness and marketability of these 16 projects that previously participated in First Cut Lab, or in partner projects MIDPOINT Feature Launch or LIM – Less is More, with a focus on films from Central & Eastern Europe. The program will be launched in 2020 through a close cooperation with 2 dynamic & well-established film industry platforms: Trieste’s When East Meets West in mid-January and Karlovy Vary IFF’s Eastern Promises Industry Days in early July. First Cut+ is the only new action that received financial support from the Access to Markets scheme of Creative Europe’s MEDIA program this year.

Following a Master’s degree specialised in Cinema, Literature and Arts in Milan, Ilaria began her career in Paris at the Louvre museum with research project into new media. In 2009 she took a position as Festivals manager for WIDE, a Paris-based international sales agent, and became Head of the Festivals department in 2011. In 2013 Ilaria joined Pyramide International’s team as Festivals and Markets manager, handling relations with major festivals worldwide, cinematheques and cultural institutions in France and abroad. She was previously involved in First Cut Lab as adviser in FCL Poland 2018.

Would you like to be kept up to date about our calls for application, workshop selections and news about First Cut Lab? Subscribe to our mailinglist here below: