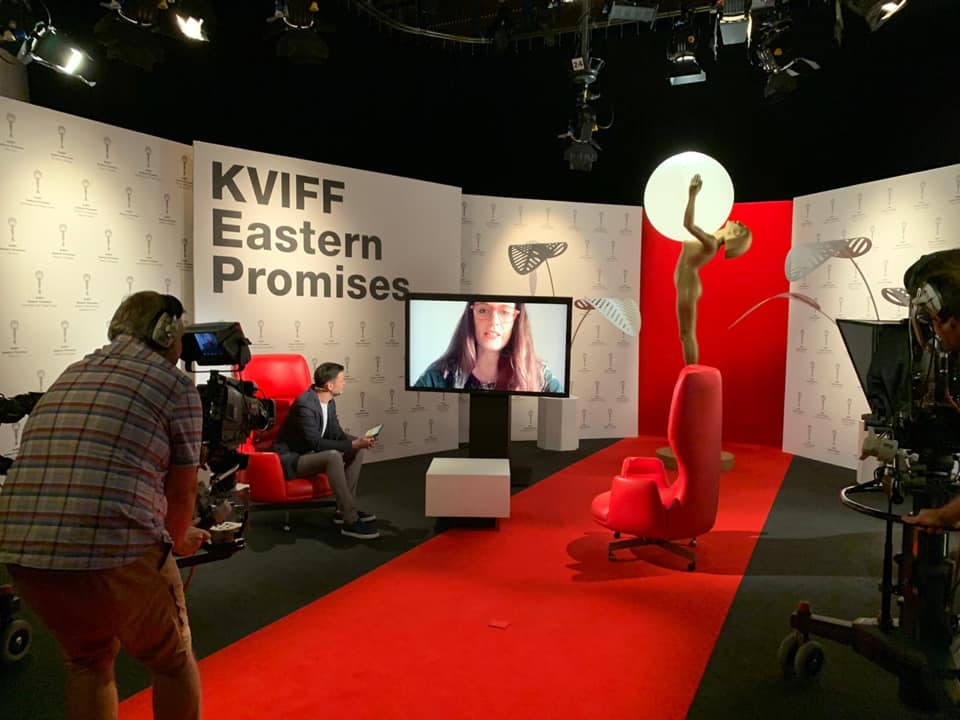 A successful ending for the First Cut+ summer edition which took place online due to the pandemic; First Cut+ work-in-progress session, created for connecting the eight projects with cinema’s industry decision makers, was hosted as part of Karlovy Vary Eastern Promises industry days from the 6th to the 8th of July and had more than 150 professionals attending the streaming presentation.

On the 9th of July the winner of the First Cut+ Award was announced: DESKMATE by Ferit Karahan, produced by Kanat Dogramaci – Asteros Film. Also, one of the First Cut+ projects won the Works in Progress TRT Award at Karlovy Vary Eastern Promises Industry Days: WILD ROOTS (Hungary, Slovak Republic) directed by Hajni Kis and produced by Júlia Berkes and Balázs Zachar. A cash prize of 10.000 EUR from TRT will be given to the project.

Moreover First Cut+ recently announced a strategic partnership with Cinemarket which aims to facilitate the access to market to the participants willing to join the platform. Newly finished films which participated in the First Cut+ program in 2020, can now find an online space to be showcased to potential buyers (festivals, distributors, OTT platforms, etc) and available catalogue titles can be presented for rights acquisition. Cinemarket also provides a legal tool for Directors and Producers (online powered contract and payment) to facilitate and conclude the sale of their films.

First Cut+ teaming up with Cinemarket reflects one of the main missions of First Cut+: offering more visibility to the selected projects to stand out in the crowded international market.

First Cut+ is glad to highlight that three out of the eight projects selected for this summer session already closed a deal with International Sales agents: the Turkish feature DESKMATE by Ferith Karahan signed up with Intramovies, THE USERS by Serbian director Ivan Ikic is now part of Heretic Outreach’s line up and WILD ROOTS, first feature by Hungarian writer-director Hajni Kis, is about to sign with a European Sales agent which will be announced in the upcoming days.

The end of this second edition is also the occasion to follow-up on what’s new for the eight projects which participated in the first edition of First Cut+ last January during Trieste’s When East Meets West.

LISTEN, the first feature film directed by Ana Rocha and produced by London based company Pinball Ltd handled by Paula Vaccaro, has been acquired by US based sales agent Magnolia International.

Three features are about to sign with International sales agents, which will be announced in the upcoming weeks:  the Finnish title NIMBY by Teemu Nikki, produced by Jani Poso from It’s Alive Films, the debut Croatian feature STAFFROOM by Sonja Tarokić produced by Eurimage co-production award winner Ankica Jurić Tilić – Kinorama, and biopic about Zdzisław Najmrodzki – the famous master of thieves and escapes from the 80’s in Poland ,THE GETAWAY KING by Mateusz Rakowicz produced by TFP.

The Latvian title directed by Juris Poskus, produced by Madara Melberga – FA Filma, 24 HOURS OF SUNSHINE, just ended the shooting of its last scenes in June and is now planning its Festivals strategy, thanks to the award offered by Connect the Dots during First Cut+ session in Trieste.

The Romanian title AND THEY MAY STILL BE ALIVE TODAY by Tudor Cristian Jurgiu will be screened at the Transylvania International Film Festival (July 31 – August 9, 2020), in the Romanian Days section and the polish title SIMPLE THINGS by Grzegorz Zariczny, produced by Magdalena Sztorc– Before My Eyes, will be part of New Horizon Industry Days online program at the end of July.

Last but not least CRYSANTHEMUM DAY, the debut feature of Ukrainian documentarist Simon Mozgovyi is planning the shooting of its missing scenes in 2021.

The next session of First Cut+ will be held in January 2021 during Trieste When East Meets West, get ready!