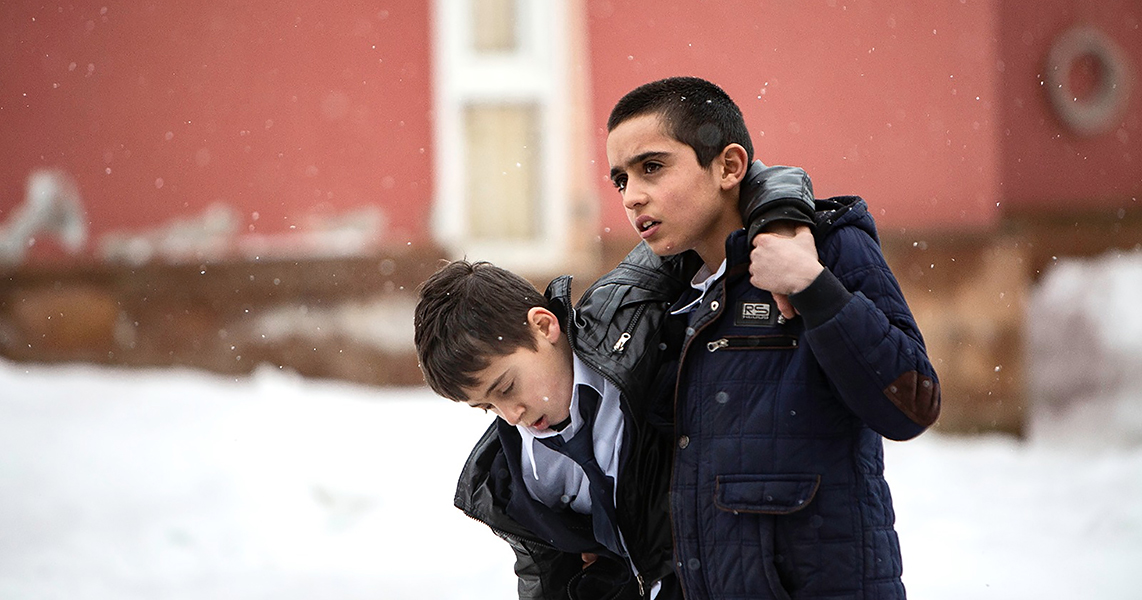 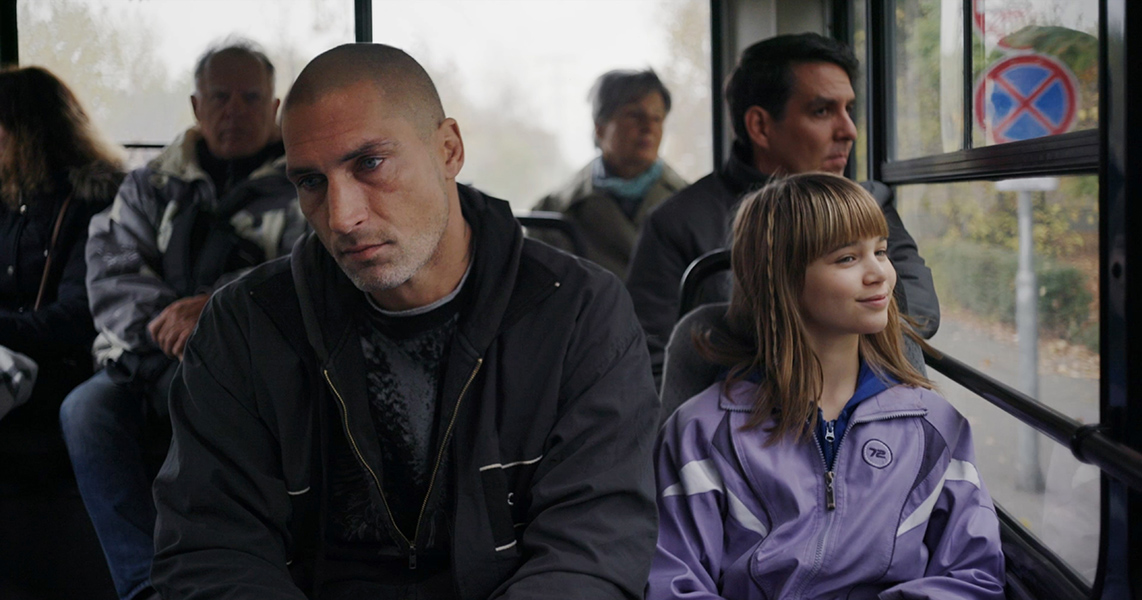 L’Avventura Studio offers an event-oriented recommendation, with a set of ideas that can be reproduced by the distributor/sales agent/producer.

WOLF Consultants offers a consultation on how to translate the positioning of the finished film for the international press book, with a special focus on key texts including logline, synopsis, director’s note and interview. 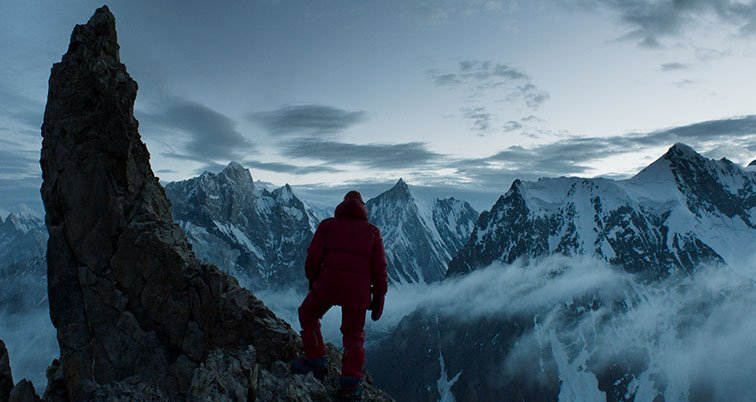 BROAD PEAK is a tale of a beautiful but destructive passion, and incredible determination that pushes a man towards a dangerous edge.

In a secluded boarding school in the Anatolian mountains, a young boy falls mysteriously ill. His deskmate struggles to get the attention of the distracted tutors. At last, when they start to really worry, all roads are stuck by heavy snowfall. 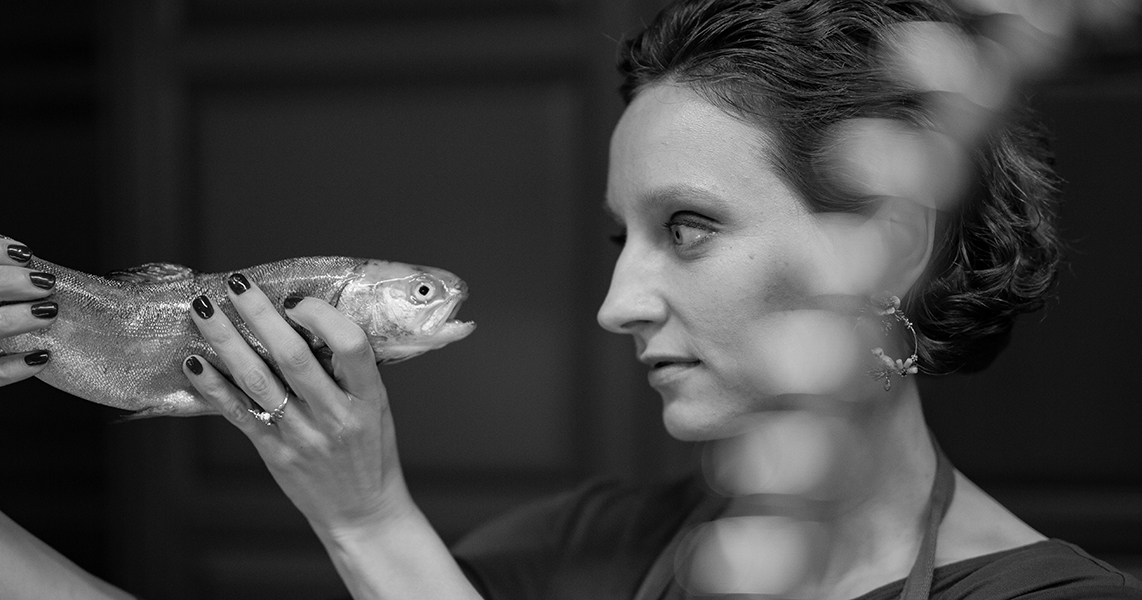 I Am Fine, Thanks

Successful scientist hides her breakdowns that manifest as crazy hallucinations in order to maintain her socially perfect image. 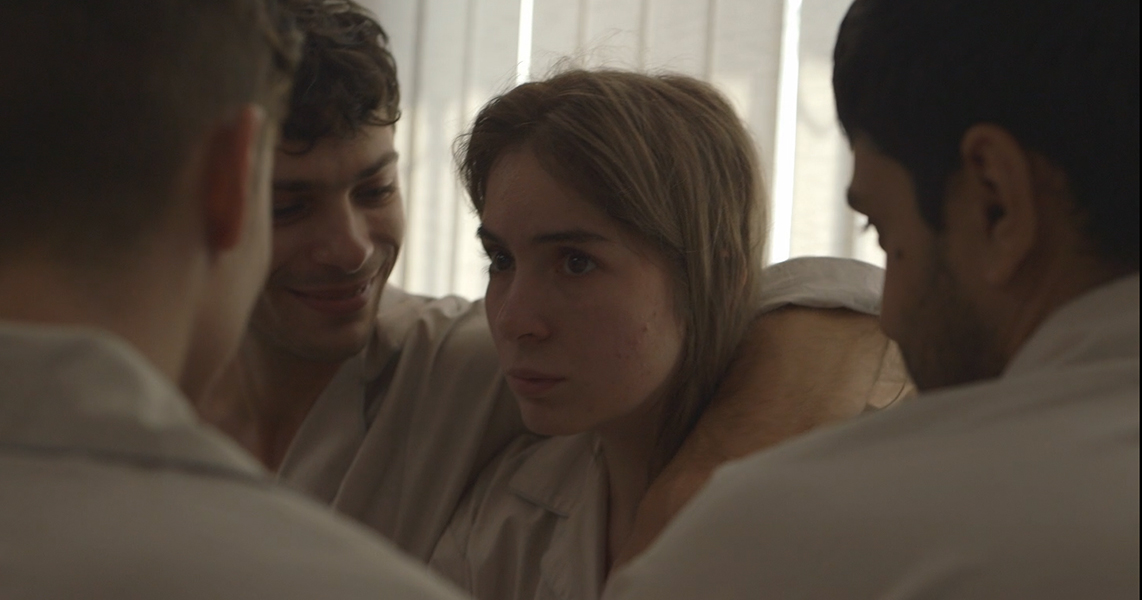 When young Daria enters rehab, her perceived innocence gains her the protection of the mostly male junkies inside, but she soon learns that the special treatment comes at the cost of her own desires. 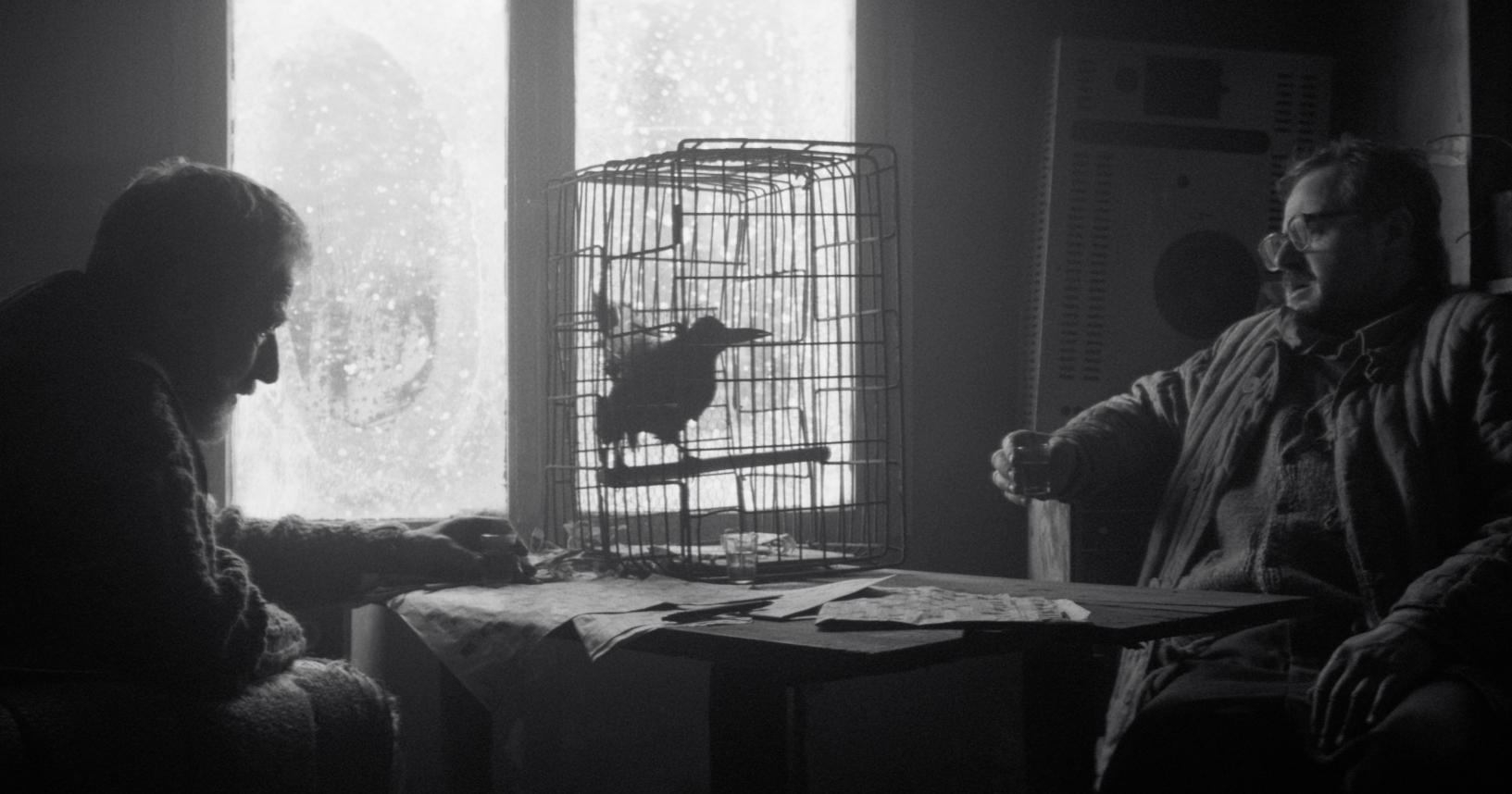 JANUARY is the story of two men and a rakija-drinking bird, trapped by a snowstorm at the end of the world, who try to solve a mystery while it slowly devours them. 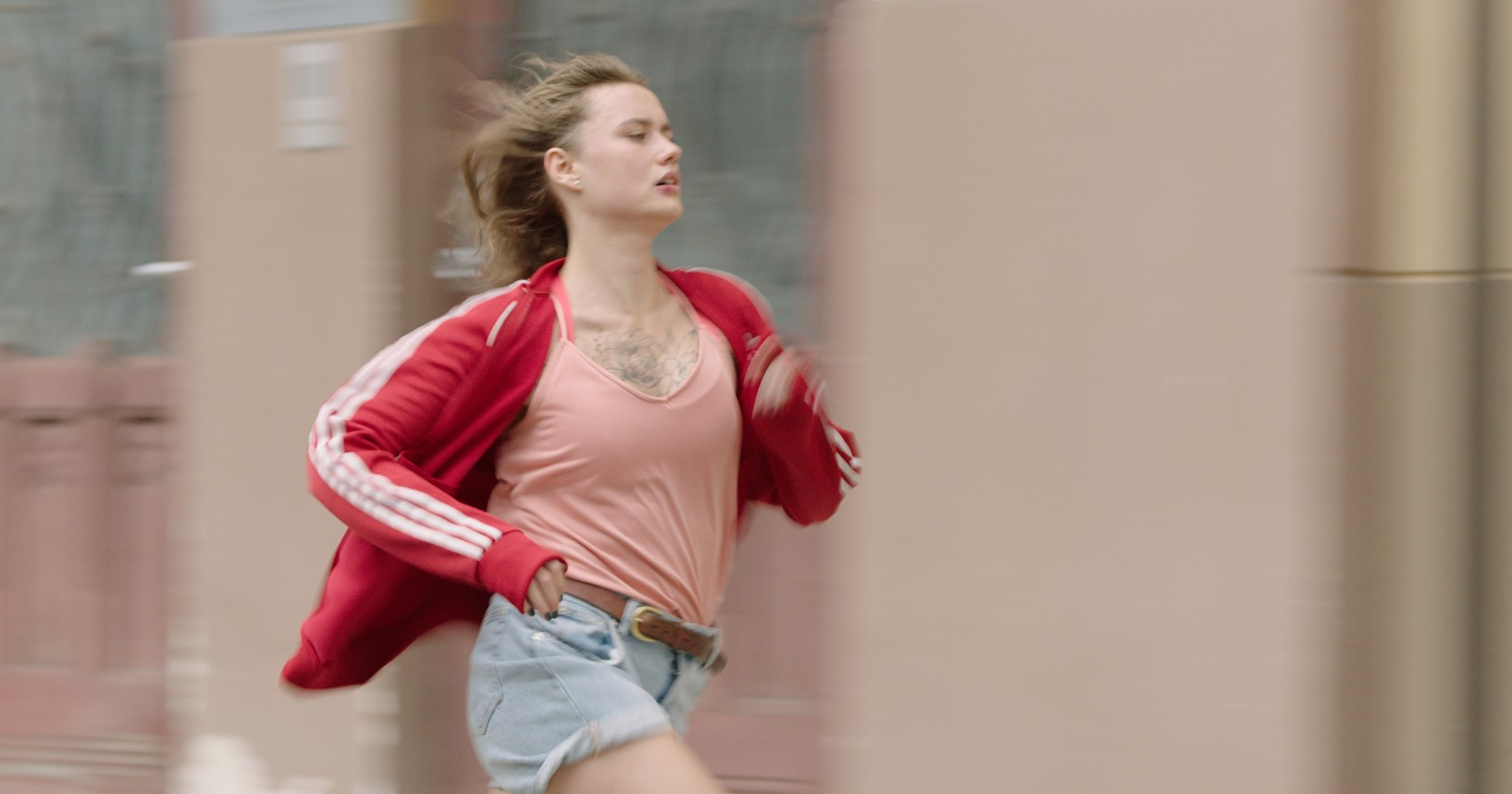 After her boyfriend has a psychotic episode and disappears, Maria is decided to let nothing stop her from helping him. Grabbing at every clue about his whereabouts she embarks on a fast-paced odyssey through the city. 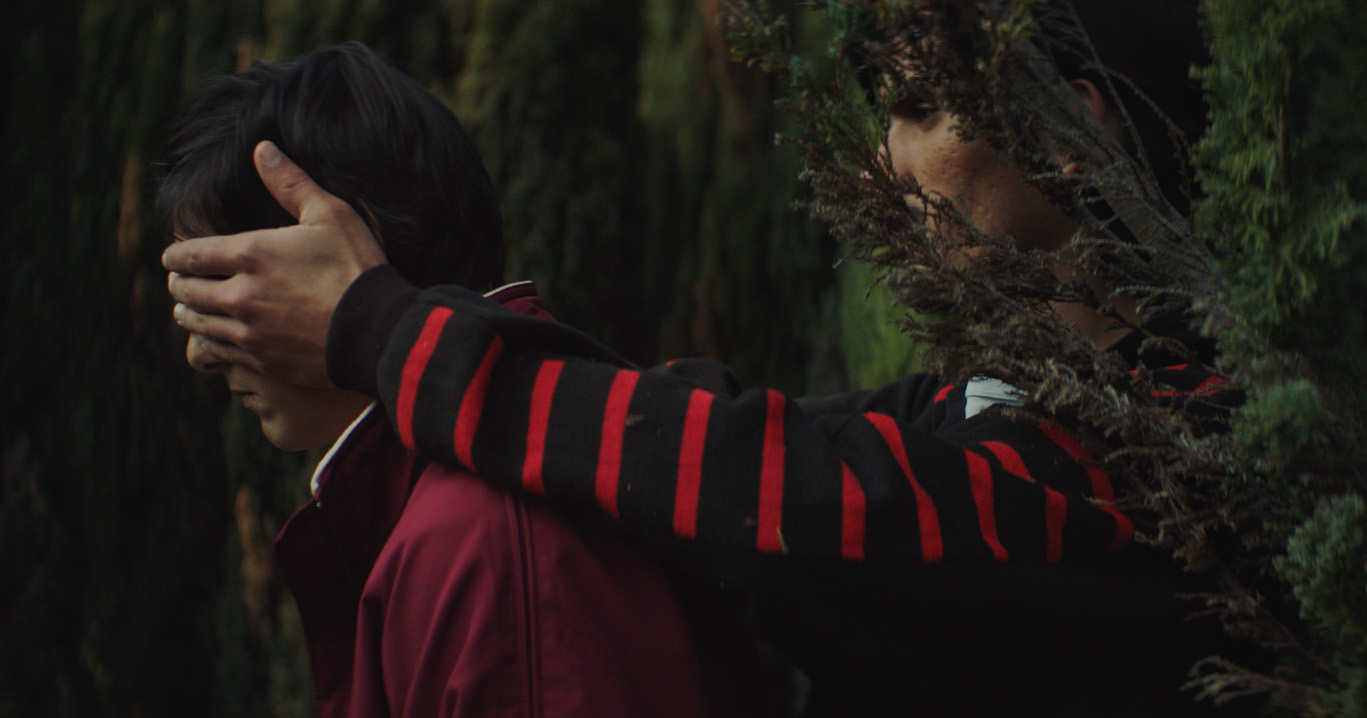 Three teenagers living in an institution for people with special needs have to navigate newfound feelings of desire as well as envy, when an unexpected love triangle forms between them.

A lonely, ex-con bouncer is reunited one day with his wild child daughter. The two outsiders bond, but the father’s vehement nature and a family secret stands between them.

Alternative distribution strategies and new opportunities for producers from Central and Eastern Europe. 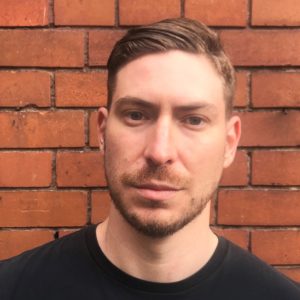 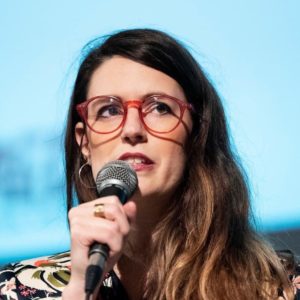 Ilaria is head of First Cut+, supported by Creative Europe’s MEDIA, specializing on promotion of feature films in post-production. Following a Master’s degree specialized in Cinema, Literature and Arts in Milan, Ilaria began her career at the Louvre museum. In 2009 she became Festivals manager for WIDE and later Head of the Festivals department in 2011. Ilaria joined Pyramide International as Festivals and Markets manager in 2013. For seven years, Ilaria was in charge of strategy for Pyramide’s Festivals division and managed the launch campaigns for new films on the international festival circuit. Since 2017 she is consultant for “De Rome à Paris,” an Italian film festival held in Paris, as both a part of the selection committee and the chief organizer of the marketplace. 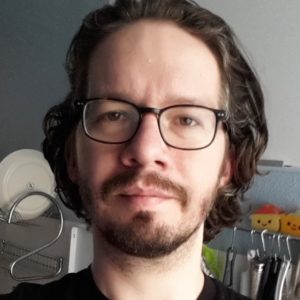 Laurin Dietrich studied Cultural Anthropology, Literature and Communication in Berlin and Paris and worked for Paris based International Sales Agent Celluloid Dreams in Sales and Acquisitions before partnering with Gordon Spragg and Michael Arnon at WOLF. Launched in early 2010, WOLF is a Berlin based boutique PR and Marketing firm specialised in helping filmmakers effectively communicate and achieve their vision. WOLF’s approach encompasses the entire production cycle: from overcoming initial obstacles to getting a new project noticed to preparing completed films for launch at major international film festivals. 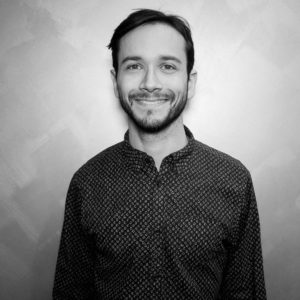 Alexis Hamaide worked as Marketing Manager for the Paris-based international sales agency Playtime (ex-Films Distribution) between 2012 and 2019. He supervised the international marketing strategies for A-list festival films such as François Ozon’s “By the Grace of God”, “120 BPM” (Robin Campillo) and “Son of Saul” (Laszlo Nemes) among others. In October 2019, Alexis teamed up with Viviana Andriani and Gabriele De Bortoli at Rendez-Vous #LAB, a digital creative agency specialized in arthouse films. Alexis holds a Master’s degree in Cultural Management from Paris-Dauphine (2018), a Story Development certificate from UCLA and a Master of Arts in Media and Communications from Goldsmiths (London). 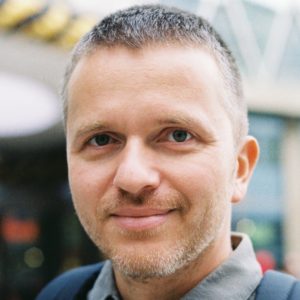 Born in Bucharest, in 1979, Catalin Cristuțiu has been working as an editor on some of the most appreciated films in Romanian Cinema. He has a long time collaboration with director Radu Jude, starting with Radu’s first widely acclaimed THE TUBE WITH A HAT and continuing for all his later projects to date, including AFERIM! (2015 Silver Bear for Best Direction in Berlinale). Among his many credits: IF I WANT TO WHISTLE, I WHISTLE (directed by Florin Serban, awarded at Berlinale 2009 with The Alfred Bauer Prize and Jury Grand Prix), SOMEWHERE IN PALILULA (by Silviu Purcarete), the animated documentary CRULIC – THE PATH TO BEYOND (by Anca Damian, awarded in Locarno, CPH:DOX, Annecy and Jihlava IFF), the documentaries APOCALYPSE ON WHEELS and COLD WAVES (both by Alexandru Solomon) and SOLDIERS. STORY FROM FERENTARI (by Ivana Mladenovic, world premiere at TIFF 2017). 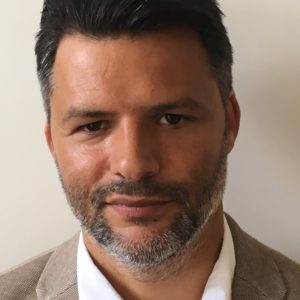 When I was a student I ran a small art house cinema near Paris for Village Roadshow, and then started to work in a multiplex for Pathé. After that I worked for an independent distribution company as head of theatrical sales, then for 3 years in the marketing department of SND (Twilight, The hurt locker etc). I worked 5 years as the head of marketing of Le pacte, an independent distributor (Moretti, Kore Eda, Jarmusch etc). And since 2017 I work as a marketing consultant and trailer editor for both independent and major companies, such as Art-House, Condor, Rouge Distribution, Fox, Pathé etc. 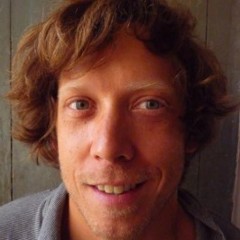 Benjamin Mirguet is an editor, trainer, director, festival programmer. As an editor, he was involved in projects as “Batalla En El Cielo” by Carlos Reygadas, “Meteora” by Spiros Stathoulopoulos,” “Dau” by Ilya Khrzhanovski,  “The Sky Trembles and the Earth Is Afraid and the Two Eyes Are Not Brothers” by Ben Rivers and “Rey” by Niles Atallah, premiering in international festivals such as Cannes, Berlin, Locarno, Rotterdam and Karlovy Vary. He was part of the selection committee for Directors’ Fortnight in Cannes in 2010 and 2011. He also collaborated with CPH:DOX Copenhagen Documentary Film Festival programming team in 2011. He directed the short film The Dead Hear Not The Bells (2006) which premiered in Angers Premiers Plans and IFFR. 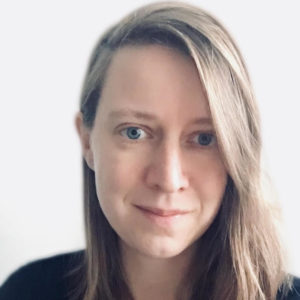 Since January 2013 Katarzyna has been a part of Warsaw-based boutique world sales agency New Europe Film Sales; first as a sales executive then the head of sales and a partner at the company. New Europe works with international content and sells it to all rights, theatrical, TV and VOD buyers across the world. They are proud of their small, carefully-selected catalogue of feature films and shorts. New Europe has a great track record for supporting auteur cinema and unique voices (Best International Feature Academy Award® nominee CORPUS CHRISTI, Cannes UCR winner & Icelandic Oscar entry RAMS, Berlinale Silver Bear winner UNITED STATES OF LOVE).

Fred Film Radio is the Media Partner of the First Cut+ sessions. 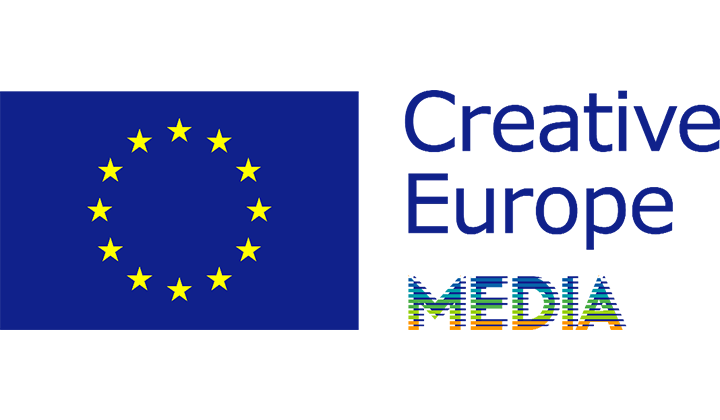 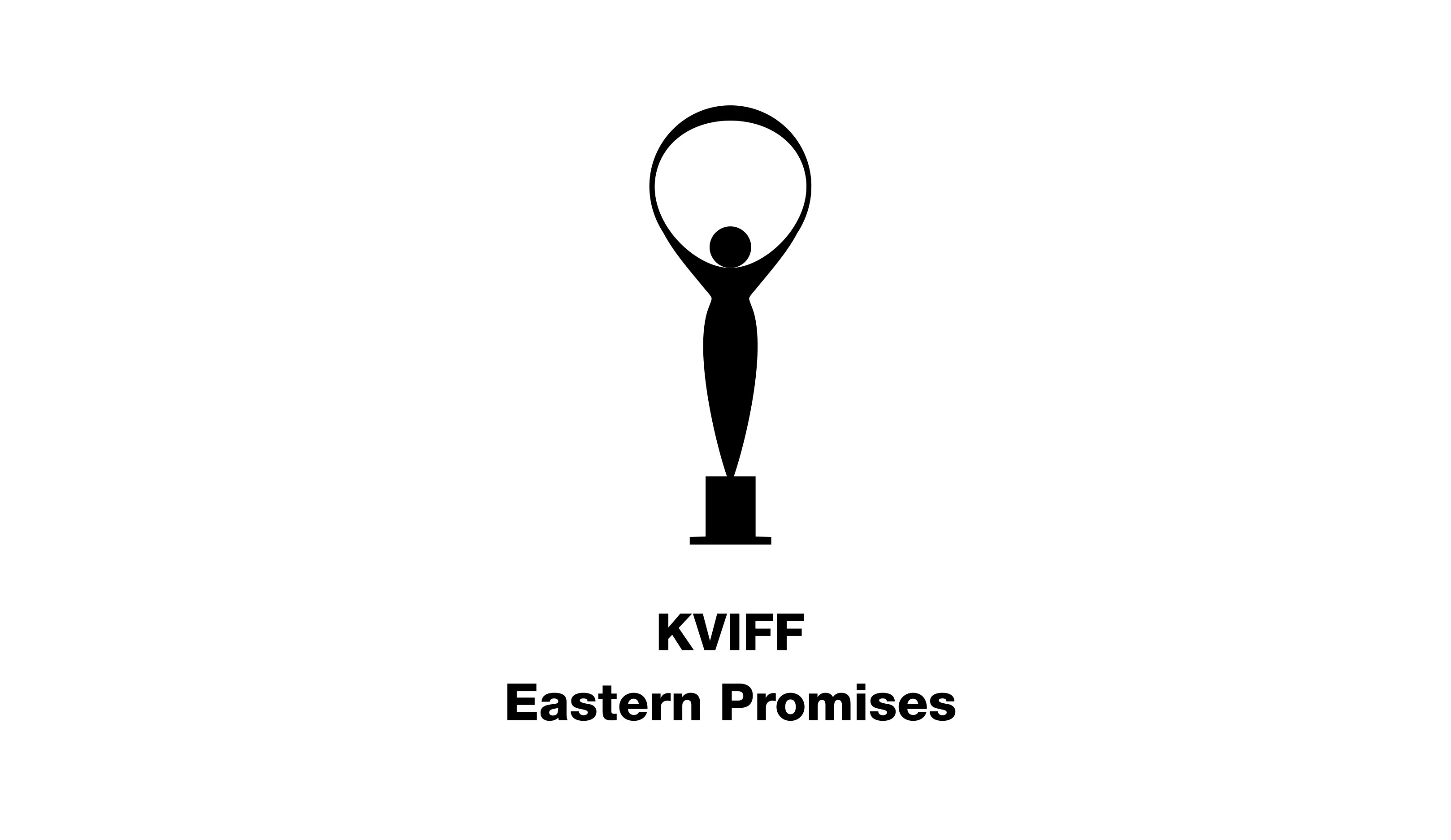 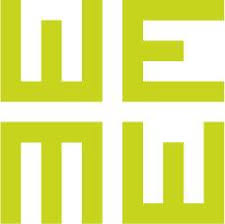